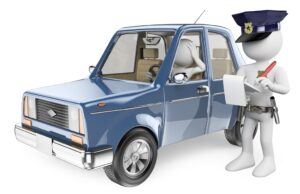 Every year, hundreds of thousands of New Yorkers have their drivers’ licenses suspended due to failure to pay traffic fines. This adds to the cycle of debt these drivers may already be experiencing, especially during the recession brought about by COVID-19. However, a bill on Governor Andrew Cuomo’s desk for signature may soon end this practice.

The Driver’s License Suspension Reform Act, which gained final legislative approval in July 2020, would require that New York drivers facing fines, fees and surcharges for traffic offenses be offered an affordable payment plan calling for installments of no more than $10 a month or 2 percent of the driver’s monthly income, whichever is greater.

Drivers would have to be notified of their right to an installment plan at the time a summons is issued for a traffic offense, at the time of sentencing and in any communication concerning imposition or collection of a fine, fee or mandatory surcharge. The bill would also increase the requirements for giving notice to drivers about mandatory appearance at court hearings.

In addition, drivers who have lost their licenses over unpaid fines or fees would become eligible for reinstatement.

The bill is supported by more than 100 advocacy groups led by the Driven by Justice Coalition, which points out that from 2016 to 2018, almost 1.7 million drivers in New York lost their licenses due to unpaid traffic tickets. The coalition asserts that most of these drivers are not skirting the law but simply cannot afford to pay. Loss of the ability to drive adds to the burdens already placed on families trying to make ends meet, often forcing wage earners to choose between breaking the law and losing their jobs.

It is uncertain whether or when the governor will sign the bill. Even if it becomes law, failure to answer a summons or to appear at a hearing can still be grounds for suspension of a driver’s license. Further, nonappearance can be treated as an admission of guilt, resulting in imposition of fines and penalties, assessment of license points and increase in insurance premiums.

As an experienced traffic defense lawyer and former prosecutor, James L. Riotto, Attorney at Law, understands the workings of the court system and knows how best to defend you and to have your charges reduced or dropped. If you have a suspended license and need assistance restoring it, we can help. We have offices in Rochester and Albany. Call us at 866-772-2122 or contact us online for a free consultation.