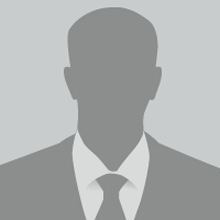 Danielle C. Wild is a criminal defense attorney in Rochester, New York, who focuses her practice on criminal appeals and post-conviction motions. She joined The Law Office of James L. Riotto as of counsel in November 2017 to run the firm’s growing appellate and motion practice, while also maintaining a solo practice.

Ms. Wild graduated from Syracuse University College of Law in May 2015 with the second highest grade point average in her class.  While in law school, she competed as a member of the National Trial Team and was also a member of the Moot Court Honor Society, Secretary of the Justinian Honorary Society, a Law Ambassador, and an editor on the Syracuse Law Review. Her student note was published in the journal’s 65th volume.

She worked as an intern with the Federal Public Defender’s Office in Syracuse, New York, and as a research assistant during her first law school summer (2013), then as a judicial extern, earning course credit, with United States Magistrate Judge David E. Peebles in the Northern District of New York during the 2013-2014 academic year.  During her second summer, she interned with Easton Thompson Kasperek Shiffrin LLP, where she later began her legal career as an associate.  In her third year of law school, she worked as a teaching assistant in the Legal Communication and Research Program, assisting with first-year writing and research courses.

Ms. Wild is a member of Syracuse Law’s Chapters of the Order of the Coif and Order of the Barristers, and is the recipient of the Robert M. Anderson Publication Award, the Robert W. Miller Trial Advocacy Award, and the Law Ambassador Award, among others.

As an associate at ETKS, Ms. Wild developed and managed her own caseload – successfully representing clients accused of misdemeanors and low-level felonies from arraignment through trial; drafting appellate briefs and motions to set aside convictions; orally arguing perfected appeals in both state and federal intermediate appellate courts; and drafting civil pleadings and other filings in civil rights and wrongful conviction matters, as well as preparing for and participating in civil depositions.

In August 2017, she launched her solo practice.